Sarah Murdoch, Kelly Rowland and Jason Derülo: everybody dance now… or not.

This week Network Ten axed Everybody Dance Now, only nine days after its début. How about that for giving a new show legs to grow its audience and develop its format? Even the pre-launch advertising blitz lasted longer.

When Everybody Dance Now was axed on 21 August, media commentator Michael Idato observed, “the reason they’ve cancelled it is because obviously its ratings have become unsustainable”… after nine days and four episodes on air? They never even had a chance to become sustainable, let alone the opposite. Presumably Network Ten spent a whole heap of money on pulling the show together, drafting glamour gal Sarah Murdoch in as host and securing US pop starlets Kelly Rowland and Jason Derülo as “dance coaches”, then forked out some more on a (presumably) pricey re-jig of the formula that lasted just one episode before the axe fell two days later.

Now I’m no accountant or TV industry executive but to me at least, something about that whole scenario just doesn’t add up.

The press cited everything from Everybody Dance Now premiering amongst some pretty stiff competition to the fact that it came hot on the heels of the London Olympics’ closing ceremony. In fact the delayed telecast of the closing ceremony was in direct competition with Everybody Dance Now – elementary mistake #1 by Network Ten. A less-than-ideal situation, granted, but not an unsalvagable one – if the product’s right. And therein lies the problem.

Before Everybody Dance Now, in Australia alone there’d already been a veritable cavalcade of locally made reality dance-offs, to say nothing of the vast array of same-same overseas programs that’ve been rolled out with monotonous regularity by free-to-air networks or scheduled all over pay TV.

The BBC’s Come Dancing started it all, way back in 1949. A ballroom dancing competition created specifically for TV, it was on air for nearly fifty years and was the notional predecessor of Strictly Come Dancing, the title of the latter being an allusion to the former as well as to 1992’s hugely successful Strictly Ballroom, despite Strictly Come Dancing having no direct connection with either.

Strictly Come Dancing proved a ratings bonanza for the BBC and was exported to the four corners of the earth as Dancing With The Stars, with the Australian version consistently a ratings juggernaut over twelve seasons since its Seven Network début in 2004.

“When you’re on a good thing, stick to it” – or in this case, steal it. That was clearly the ABC’s approach when they launched Strictly Dancing in 2004. It lasted three seasons until 2005. That same year the Nine Network also shimmied onto the dancing bandwagon with the very awful Skating On Thin Ice, a celebrity iceskate-a-thon that was essentially the local variant of the UK Dancing On Ice format. Mercifully the pin was pulled while the ice was still thin enough for the b-grade celebrity contingent to fall through. Never ones to embrace the ‘once bitten’ sentiment Nine revived the concept in mid-2006. After eight episodes they also euthanased Torvill And Dean’s Dancing On Ice, having spent several million dollars bringing it together.

So You Think You Can Dance appeared to much fanfare on Ten in early 2008 but had disappeared again by April 2010 after only three seasons, its ratings having gradually fallen away from a début peak of 2.15 million to an average of 900k during the final season.

Elsewhere, practically all overseas variants have popped up somewhere on Australian TV at some point too: US and UK versions of So You Think You Can Dance, US Dancing With The Stars, UK Strictly Come Dancing, Dancing On

Ice and Got To Dance (originally known as Just Dance), as well as India’s short-lived version of Just Dance. Australia’s own Andrew Günsberg – the so-called Andrew G – exported himself to the US to host Live To Dance in January 2011. While the contestants were certainly alive and did indeed dance, the show itself didn’t live very long at all and after just seven episodes it was voted off to the great reality dance hall in the sky. In a slightly ironic twist, Andrew G was to return to Australia this year as host of a local version of Just Dance on Foxtel’s FOX8 network – they pulled the plug due to a scheduling clash with Ten’s Everybody Dance Now. If only they’d known.

If you feel slightly bombarded by the bewildering assortment of dancing concepts of the past seven or eight years, it’s understandable – they’re all just a subset of what are no more than variations on a theme. Whether it’s dancing, cooking, singing, weight loss, renovating, modelling, ‘talent’ as a generic concept, fly-on-the-wall, trek-around-the-world or stuck-in-a-remote-location, the one common thread is that each concept is almost identical to the last.

2012 looked like being the start of Australia’s reality TV renaissance. Everybody Dance Now was apparently to be the game-changer in reality dance shows (we’ll never know) and Network Ten seemingly had a stockpile of game-changers ready to roll out: the fly-on-the-wall reality with a twist The Shire (the twist obviously being that it’s almost unwatchable); the reality wedding show with a twist Don’t Tell The Bride; and the reality singing competition with a twist I Will Survive. Add to this the standard fare of MasterChef and The Biggest Loser, along with the increasingly unlikely prospect of The Renovators ever returning for a second season, and that’s more-or-less Ten’s entire schedule wrapped up for the rest of the year. If the axe doesn’t fall first.

Unexpectedly, after four years off air the Nine Network decided 2012 was the year to breathe new life into Big Brother, the one that really kick-started the fly-on-the-wall reality concept in a big way back in 2001. By the time its eighth and final season on Network Ten rolled around, the public’s significantly decreased interest in the concept was reflected in Big Brother’s significantly decreased ratings and the plug was pulled. As with apparently all reality series this year, Nine promoted its new season of Big Brother as ‘different’ and ‘full of surprises’; the only truly surprising thing is that it’s so un-different from the original, it’s so short on actual surprises and Sonia Krueger is so painfully annoying as a host.

Nine has also ridden on the coat-tails of The Block’s massive ratings. It seemed such a hugely successful concept to revive and felt like it had only been gone a short while, but the original series only lasted two seasons and had been off air for six years before its 2010 revival. The network also found new success in 2012 with The Voice.

Now in its eighth season, Nine also manages to ride an annual wave of success with The Farmer Wants A Wife, one of the most contrived reality dating games ever to have a production budget allocated to it. Still, its ratings suggest that Mr & Mrs Average clearly love a story of anti-archetypal country boys – impossibly good-looking and suspiciously eloquent – being presented with groups of city-based ladies from which farm-boy is to choose a spouse. How wonderfully Neanderthal.

Along the way, Nine’s done a couple of one-off local variations of Survivor. Meawhile the Seven Network has thrown in a couple of locally made seasons of The Amazing Race for good measure, presumably to balance out the staple of their reality menu – look-alike singing and talent contests like The X-Factor and Australia’s Got Talent. 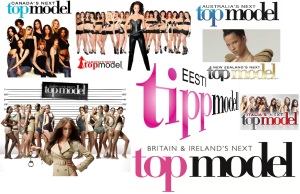 It’s all so formulaic and the formula itself is so simple: take a group of random, unconnected people and keep them more-or-less trapped within the confines of the program for a set period of time; along the way make them perform stuff (songs, tasks, challenges, competitions, whatever); engage one or more hosts and some good post-production to build an air of wholly contrived suspense; increase the viewing public’s perception of themselves as an entire nation of key stakeholders in the drawn-out proceedings by repeatedly describing contestants as “your” (“your Top 10”, “your final three”, “your housemates”, “your favourite dancer”, “your MasterChef”) and the entire viewership as “Australia”; gradually vote people off one by one, by means of a combination of public voting (rake in the dollars via use of ‘premium’ SMS services) and a panel of ‘celebrity’ judges; build up towards a massive finale; name the winner and award underwhelming prize money; allow the winners to (mostly) wander off back to obscurity… et voilà!

But there’s only so many ways you can put a spin on any formula before the law of diminishing returns kicks in. Exhibit A: Everybody Dance Now. An ex-model as host, two popular and attractive American co-hosts, flashy production values and a huge budget will collectively achieve nothing if the format generally is either a bit crap, a bit old, or a bit of both. So is it really any wonder when more of them fail than fire?

The reality TV genre is past its prime. It’s had its day. The time for being enormously entertained by watching groups of deluded fools who think they’re more talented than they actually are, or watching a bunch of people sit around doing nothing or going about their day-to-day lives is long gone. It’s old hat. Passé. It’s time to evict this reality TV drivel from the house.

Ironically (yet again) while I bang on about taking reality TV to the tribal council one last time, I can only channel Gretel Killeen from her days as host of Big Brother for the best way to do it. Gretel would know how to get rid of reality TV once and for all and she’d do it with just four simple words:

3 thoughts on “DANCING TO A DIFFERENT BEAT: the changing fate of reality TV”