It’s been a funny old road for Brisbane six-piece Sheppard. They first came to prominence in 2012 with their debut eponymous EP, a platinum-selling independent release that included the toe-tapping folk/pop of “Lay Me Down Easy” and four other tracks, including the memorable “I’m Not A Whore” and “Hold My Tongue”, the latter of which was also released as a single in its own right a year later, again including “Lay Me Down Easy” as a b-side. It tanked, but the siblings burst back onto the scene in March with the insanely catchy “Geronimo”, which was as much of an indie-commercial crossover as it’s possible to be, remaining at the summit of the pop charts for three weeks and being certified platinum four times in the process. The album, which later debuted at #2, is a confident collection of jaunty, soul-filled songs that all neatly fall somewhere between indie and pop; there’s enough of a pop sensibility to be radio-friendly, but with enough of an edge to be credible with the FBI and Triple J crowd. “This Electric Feeling” , “Halfway To Hell” and the harmonies on “Lingering” are standouts. 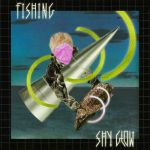 If The Avalanches had released their 2001 debut “Since I Left You” in 2014, I think it would sound something like this. There are probably fewer vinyl samples here (just a guess) but it has a similar ethos. Fishing are a duo out of the Blue Mountains, west of Sydney, and “Shy Glow” is a lush collection of electronic music and smooth vocals, complemented by a handful of mid-tempo tracks (“Chi Glow”, “Swimmer” and “Nineteen / Boy Wunder”). It’s easy to lose yourself in “Shy Glow” and as I sit here all blocked sinuses and coughing up a lung, I can’t help thinking that contemplating the meaning of life – or even the meaning of nothing – while immersed in a hot bubble bath, glass of red in hand and surrounded only by candles, to the sweet timbre of the album’s final tracks (“Racer” and “Watersport”) isn’t an entirely unappealing notion.

It’s been five years since Lily Allen released her last – and most commercially successful – album, “It’s Not Me, It’s You”. If the album’s title was comically promising enough, it’s content followed through on that promise, with Ms Allen at her irrepressible, outspoken and straight-talking best, singing about giving head for hours and being left in the wet patch, wanting “fuckloads of diamonds”, having a Chinese takeaway and watching TV and the unforgettable ode to George W. Bush, “Fuck You”. “Sheezus” is, more-or-less, more of the same, updated for 2014 but with that familiar Lily Allen attitude and cheekiness shining through in every track. On “Insincerely Yours” she talks about all the things she dislikes, but reiterates that “let’s be clear, I’m here to make money … if I force a smile I can make it worthwhile”, while on “URL Badman” she laments all that’s no good about the digital age. In a slightly unexpected twist, on “Life For Me” and “As Long As I Got You” Allen even sings about how happy she is with the path her life has taken in the five years between albums… sheezus! Didn’t see that coming.

Today’s classic pop schlock selection. If ever there was a group for whom mainstream success in Australia appeared entirely unlikely, it was this one. But achieve it they did – and multiple times. By the time Black Box’s seminal debut single “Ride On Time” had its local release in late 1989 it had already become the UK’s top selling single of the year and the first scandal to envelope Black Box had come and gone – they were sued for having stolen someone else’s song; turned out Black Box’s glamorous Italian frontwoman Katrin Quinol hadn’t sung “Ride On Time” at all and the game appeared to be up. But far from being felled by the controversy the original sampled version of “Ride On Time” was simply augmented with a handful of remixes featuring M-People vocalist Heather Small and sales continued apace. Australia wasn’t much into dance music in 1989, let alone this new-fangled ‘Italo house’ with its driving bass and piano, but in peaking at #2 in Australia “Ride On Time” signaled the beginning of the full-scale commercial cross-over of dance music that would continue into the 1990s. In 1990 the group came back with their second single “I Don’t Know Anybody Else”, another bass-heavy piano-driven house classic which also went Top 10 in Australia. Did Katrin Quinol actually sing it? Not a hope. Black Box were sued again, this time by “It’s Raining Men” vocalist Martha Wash who, it transpired, had sung lead vocals on virtually every Black Box track after “Ride On Time” on the promise that they were all demos that would never be released. Not only were they all released, but there was no mention of Ms Wash whatsoever; in fact, the only vocalist credited in the album’s liner notes was the mysterious Ms. Quinol who, as time would tell, couldn’t speak a single word of English let alone sing. (On a positive note, both Black Box cases were catalysts for lasting changes to the music industry’s approach to sampling and featured vocalists.) By the time the album’s fourth single “Fantasy” cracked the top 3, it was six months since “Dreamland” had been released but it had stalled outside the Top 10 and had quickly disappeared from the charts; with the success of “Fantasy” the album experienced a resurgence and went all the way to #1 – a feat it never achieved in any other country – spending three weeks in the top spot during March 1991 and becoming that year’s 16th highest selling album. “Dreamland” only had nine tracks but the singles just kept on coming right up until mid-1992 – seven singles and one megamix in total, only leaving the album’s two instrumental tracks unreleased. The years have been relatively kind to “Dreamland” – enormously of its time yet still enormous fun to listen to. Both in context and in retrospect, the album is nothing more or less than it was ever intended to be, but “Dreamland” – like the Black Box project generally – ended up being far more successful than it was ever expected to be.