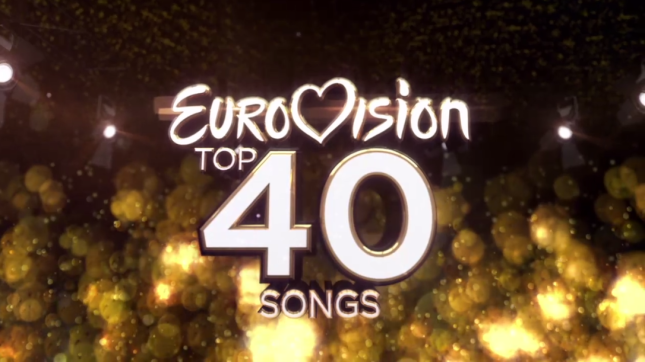 Every year, Australia’s ‘Special Broadcasting Service’ (aka SBS) shows greater and greater dedication to Eurovision, the European song contest that’s been staged annually since 1956 and which SBS has broadcast in Australia since 1983.

It’s a competition which, let’s be fair, most Australians have never really come to grips with. Even with the dawning of a golden age of TV singing competitions in the early 2000s, Eurovision still copped more than its fair share of derision; often the harshest criticism came from outside of Europe, which I always found kinda strange since nobody from outside of Europe had ever been asked to participate, let alone enjoy the spectacle. But I digress.

Maybe it’s down to the internet, or maybe it’s globalisation, you can call it whatever you want but, undeniably, over the past ten years, Eurovision has enjoyed ever-increasing visibility here in Australia.

These days, there’s pre-show build-up and media coverage that simply never happened before; the annual albums and winners’ singles now hit the Australian charts—at a guess, only three or four Eurovision songs had ever made the local charts prior to 2012; and the audience numbers for the grand finale, always one of SBS’s highest-rated programs of any given year, just keep getting bigger and bigger.

I consider myself a fan of Eurovision, without the ‘atic’ bit on the end. That’s to say, I wouldn’t exactly call myself a devotee: I don’t research the songs and artists ahead of time, I don’t join online communities of other Eurovision geeks to compare notes and predict outcomes, I don’t bother with the semi-finals and I don’t get up at 5am to watch live broadcasts direct from Europe (I reserve that level of devotion for other equally geekish escapades). But I’ll happily admit to having watched the grand final on SBS every year since the early 90s. I really do enjoy the music, almost as much as I’ve enjoyed massively taking the piss out of the whole thing for so many years. In short, with hand on heart, I love Eurovision—just not fanatically.

On 3 March, the SBS website proclaimed “Do you have a strong opinion on what the greatest Eurovision song of all time is? We’re airing a Top 40 Eurovision song special on 10 May. Here’s your chance to have your say on which songs are the BEST.” Fans were invited to “vote early and often” for their favourites from the past 60 years of Eurovision song contests.

Because I’m not an overly devoted mega-fan (refer previous paragraphs) I didn’t get the memo, as it were, about the voting—which upset me greatly, when I realised far too late that I’d missed it, coz there’s nothing a slightly OCD geek likes more than a good survey and some voting opportunities. So without having seen it, I can’t say whether it was based on a list of songs, or if it was just a freeform text open-slather vote-for-whatever-the-fuck-ya-wanna-vote-for randomfest; I assume the latter but could be wrong. Either way, there was always gonna be one inevitable outcome of a public vote for a competition that’s more than six decades old.

So last night, SBS presented Eurovision Top 40 Songs… there’s something slightly clunky about that title, but anyway. There’s always cause for concern when two long-serving and much-loved hosts both give up a gig at the same time and are replaced by two new hosts, both of whom are probably good at what they do in their own way and, to be fair, it’s only one of them that annoys me like nails down a blackboard but, you know, they’re just not Julia Zemiro and Sam Pang, quite frankly. Maybe they’ll grow on me, we’ll see.

Their initial voiceovers, over some reasonably slick opening titles, proclaimed “It’s the world’s ultimate song competition”, and that “Australia has fallen in love with it”… as if all of this were only a recent development. On entering their glitzy but, clearly, very tiny workspace, the hosts announced “I’m Joel Creasy…”, “…and I’m Myf Warhurst and we are your new Eurovision hosts. I’m so excited”; the complete absence of excitement from Myf’s cheesy scripted words was truly palpable.

Myf went on to educate the audience (most of whom were no doubt already aware) that “since 1956 over fourteen hundred songs have been sung at the contest”. “Over the past month, you voted for hundreds of them and we’ve whittled them down to a smorgasbord of your favourites”, Joel helpfully explained.

Myf: “starting our Top 40 isn’t ABBA, surprisingly”. Really, Myf? “Surprisingly”? And why would that be? Do you know something we don’t? We’ll soon see.

Riiiiiiiiiiight…. so last year’s Eurovision runner-up is #1, is it? The BEST Eurovision song of ALL TIME, is it? And by an Australian artist, too… who woulda thunk it?

So according to my calculations, this Top 40 of allegedly “favourite” Eurovision songs, “the BEST” Eurovision songs of “all time” no less, contains 25 songs—63% of the list—from the six Eurovisions (to-date) of the current decade. There are nine songs in the list from last decade: the earliest is from 2003, three of them are from 2009 alone, and two are from 2007, so it’s hardly a fair representation of an entire decade.

So that’s 85% of the list taken up by songs from the last 14 Eurovisions, representing just 23% of Eurovision’s total time in production… and then we’re left with all of seven slots for any “favourites” or “BEST” Eurovision songs of “all time” dating from 1956 until 2002. Right. OK. Makes perfect sense to me.

As our hosts counted down from forty to one, they made multiple references to how jury votes and tele-votes are sometimes so different and that they’d often wondered how and why it could happen; at the same time, they seemed oblivious to the fact that their nearly-two-hour presentation was telling a very similar story; without them even realising, I daresay it answered their question right before their eyes. I guess the irony of repeatedly claiming not to understand these differences, while presenting a countdown of most popular songs in which nearly 80% of the available content was effectively ignored, was probably lost on them.

But, really, what more could we expect? Who else would be on the SBS website voting for their favourite Eurovision songs? Most of them, who probably thought Conchita Wurst was the coolest thing they’d ever seen, probably weren’t even an ovum the night Dana International’s ‘Diva’ won the competition nearly 20 years ago. And even if you’re old enough to have sufficient knowledge of Eurovision pre-dating 2003, you still would’ve been in the minority—arguably, the Eurovision wisdom that comes with your advanced age wouldn’t have had much impact on the final result.

In the end the outcome of the voting, if not rigged outright, must surely be exactly what SBS wanted—an absolute focus on Eurovision’s most recent past in order to rope in its most recent converts, without getting bogged down in a whole bunch of old crap that only die-hard fans would be interested in. It’s colour-by-numbers for today’s TV: splice in a bit of ABBA, Bucks Fizz, Sandie Shaw, Johnny Logan and, very briefly, a really ancient surprise from 1958; add some grating, tedious commentary from some Z-grade ‘celebrities’—you probably won’t even know some of them and a couple clearly don’t know much about Eurovision at all—et voilà!: the year’s most pointless countdown of anything related to Eurovision, including about 20-odd performances that weren’t even old enough for me to have forgotten, never mind needing a reminder of.

But anyway, thanks, SBS. Top marks for enthusiasm—shame about the execution.

Now bring on the actual show!