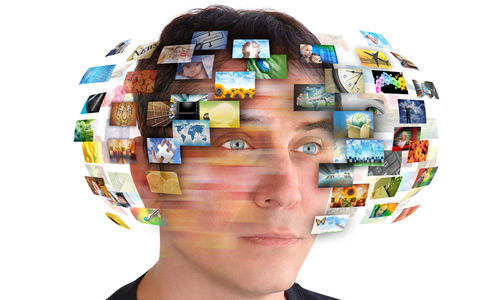 When does news become scaremongering?

If you believe all of the past fortnight’s most prominent stories – which, for our collective edification and convenience, were shown over and over and over thanks to the thousands of hours of television news services at our disposal each week – we’re all about to fall foul of an ice addict or domestic violence, the country’s going down the pan thanks to an Australian dollar in an out-of-control downward spiral and the whole world’s about to be overrun by Syrian refugees and ‘financial migrants’… but only if they (and everyone else) aren’t annihilated by Islamic State militants first. And even if we somehow manage to survive all of that, ultimately we’ll all be drowned by rising sea levels anyway.

As tsunamis go, the media are expert at generating the giant waves of fear that rush towards us every day in the form of disturbing images and bold, alarmist statements. But how much of it does anyone really understand?

By the end of any given week, the news has shown us so much death and destruction and so many scandals, scourges and epidemics that you’d be forgiven for being too scared to leave the house. We wouldn’t be able to explain exactly what we were so scared of or why – we’re just scared.

‘Topics of the moment’ remain front page news either until they can’t be dragged out any longer, or until the public gets sick of them, whichever happens first. The nation’s attention is then surreptitiously shifted to something else. Nobody ever seems to notice, much less care, that former topics de jour are almost never resolved. They just kind of fade away – one minute they’re ‘a thing’, the next they’re not. I guess it’s partly because nobody understood what was going on in the first place, along with the fact that most people will go out of their way to avoid thinking about unpleasant things. Result: ‘a thing’ is no longer ‘a thing’.

The worst kind of news scaremongering involves a fear factor that’s never properly explained. People are on left edge, concerned, anxious, sometimes even frightened about this thing they keep hearing about in the news, without ever really understanding why. They don’t understand how it started or where it came from, they don’t know if they can do anything to change or stop it and they don’t fully comprehend the implications if nobody else can change or stop it either.

Top of the pile is financial fearmongering, which ostensibly affects us all while very few of us actually understand the mechanics.

For most of the period between 3 November 2010 and 9 May 2013, $1AUD was worth more than $1USD, something that had never happened since the Aussie dollar was floated on the foreign exchange way back in 1983. For virtually all that time, we were told over and over that the high Australian dollar was actually a bad thing – not least because it made Australian exports expensive – and that it needed to come down. At the same time it seemed like a great thing for Australians travelling, buying or shopping in US dollars. Heading to the currency exchange was quite the experience when US$100 cost A$90, rather than upwards of A$150. Nobody was entirely sure why it was so good, aside from the fact that it was cheaper – and that’s really all that counts, right?

A few times while it was up there lording it over the greenback, the local currency temporarily dipped below $1USD. On one such occasion the press described a fall from 100.1c to 99.8c as a “slump”. Not exactly the “sudden severe or prolonged fall in price, value, or amount” that the dictionary would have us believe a slump refers to, but why make the thing less dramatic by polluting it with facts?

Predictably, now that our dollar’s parity with the greenback is a distant memory and it’s hit US70c the foretellers of doom and gloom are out on mass, banging on about how it’s an economic emergency, the beginning of a local recession or a global depression. Hang on… one minute the decrease was essential, the next it’s the worst thing that could ever happen. How, exactly, are ordinary folk expected to keep up with all of this?

Or maybe that’s the point – perhaps ordinary folk are never intended to understand any of it. Perhaps it serves an agenda somewhere to keep the population at large looking over their collective shoulder, never quite sure what bad thing will happen next or how it will impact them, and feeling all the more disempowered as a result.

Conspiracy theorist? Not me. I’m just a fan of informed decisions. If Australians’ only source of reference is the local media, it would be wholly unsurprising if everyone was scared.