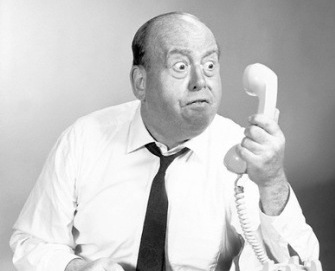 For the third time in as many years, my brother and I are embroiled in a back-and-forth, less-than-instant messaging service between his mobile carrier in north-eastern Europe and my carrier here in Australia.

My brother moved to Europe just after the turn of the century. Over the ensuing thirteen years semi-regular phone calls have morphed into more regular Skype video calls and, all the while, our darling mother has clung tenaciously to her ability to exchange text messages with her last-born at any hour of day or night. SMS has been a bit of a security blanket for her – as only a mother can, ours has spent thirteen years in a psychological battle against the ever-decreasing chances of her baby boy ever having a permanent Australian mobile number.

A couple of weeks ago, for no apparent reason my brother was suddenly unable to receive text messages from either Mum or from me. We were still receiving texts from him and – no doubt to the hand-clapping delight of Telstra’s and Vodafone’s bottom lines – we were certainly still being charged for the privilege of sending premium-priced messages back to him without knowing that, for however long, they hadn’t actually been delivered.

To make matters even more bemusing, my brother regularly texts friends from all over the world and apparently Mum & I the only ones who’ve been affected by whatever’s going on.

There was much to-ing and fro-ing between brother dearest and Elisa – his Estonian mobile carrier – which essentially ended with the Elisa folk advising, via an extremely vague email, that they’d done what they needed to do to solve the problem and now it was up to our Australian operators, who “needed to make certain changes, of which they’re aware”… nup, we didn’t have a single clue what that meant either. Frankly, the prospect of having to explain what was going on to someone at one of Telstra’s call centres in the Philippines filled me with abject horror. Thankfully bro and I are occasionally on a similar wavelength, so he’d already sought the clarification that I was about to ask for.

Overnight, he wrote to me to give me Elisa’s ‘explanation’ – such that it is:

Though perfectly fluent in Estonian, brother was unclear on the meaning of the word ‘free’ in this context, but it seems a moot point given Elisa’s insistence that something has changed and our local providers have been made aware. Presumably the change involves our carriers paying Elisa for an SMS delivery service at the other end; it’s not clear if this means they’ve been asked to pay something as opposed to nothing or if they’ve been asked to pay more, though it’s unlikely that any of them are too keen on either option.

Anyone else seeing a pattern here? Typically poor form on the part of all three telcos so far.

So what are our options from here? Well, I could spend time generating emails to both Telstra and Vodafone, documenting what I know and asking for their help, though I’m almost certain that I’d only receive responses which suggest that either a) I’m on drugs, b) they don’t know what I’m talking about, c) I don’t know what I’m talking about, d) everything’s fine at this end and the problem is at the other end, or e) all of the above. My brother could change networks and I’m sure many of us know how fun, easy and trouble-free that can be. Whatever option we go with, ultimately we’ll be doing most of the work to rebalance a situation that was only rendered unsustainable by the actions of one or more of the telcos at the centre of the issue.

Whichever way we go, it’s an utterly contemptible lack of customer focus which anyone who’s ever had anything to do with a telco will likely be all too familiar with.

Now I don’t know if it’s dawned on anyone else by now, but there are so many obvious comparisons I could draw between telcos and Britney Spears – they’re so similar on so many levels! Like Britney herself, telcos look bad, lip-sync, forget the moves and generally underperform for years, then slowly but surely seem to get better. They appear to put some effort in, even start to look ‘good’. They make out like they just want to make us happy, they leave us believing we’re more than just friends… then BOOM! It’s back to “oops, I did it again!… I played with your heart… that is just so typically me”. Over and over, they drive us crazy! While we’re left to scream and shout just to get the most basic level of service, they take an If U Seek Amy approach to everyone and repeatedly prove they were never quite the slave for us that they made themselves out to be. Telcos truly are toxic.

So it’s now less a question of “which telco provided shit customer service?” and more a question of “which telco provided the shittest customer service?” Is it Elisa, by not proactively engaging with those customers who’d clearly be impacted by their change? Or is it our Australian carriers (which wouldn’t be entirely unexpected) for not acting on Elisa’s advice or proactively engaging with their own customers who’d also likely be impacted by the change?

Or does this scenario simply paint a universal truth: that the default position of telcos the world over is to provide shit customer service?

After all of this, I got to thinking about something else that’s oft-cited in relation to text messaging services – most telcos don’t even guarantee delivery of text messages, particularly ones to numbers overseas. A few basic Google searches revealed the true scale of the problem – both anecdotal and formally documented evidence of telcos all over the world not guaranteeing delivery of text messages in any number of circumstances. Some try to explain that it’s down to the complexities and inconsistencies of the world’s telecommunication systems, others simply make blanket statements that delivery just isn’t guaranteed.

…but hang on a minute! 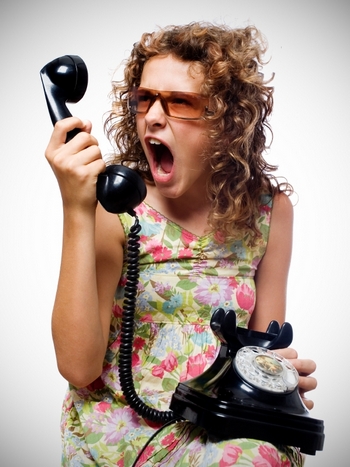 So why’s it OK for my mobile carrier to charge me every time I press ‘Send’ – effectively triggering my request for them to send a text message to an international number – without guaranteeing delivery? Why should we have to sit back and cop that? Well I don’t think we should, but I have to trawl the depths of my somewhat twisted imagination to even begin to conceive of a place where it doesn’t happen like that…

Imagine you’re watching TV right now and the screen’s starting to shimmer… <commence dream sequence now>: let’s imagine life in an alternative universe, separate to our own but running along a parallel time line, where everything is virtually identical except for the fact that telco customers can’t be continually screwed over by their providers. It’s a big, bold utopia of legally enforced customer focus, where Telstra, Optus and Vodafone have introduced the option of the Non-Guaranteed User Payment (NGUP) billing system. Since telcos repeatedly refused to commit to the provision of consistently good customer service and wouldn’t guarantee delivery of one of the highest-volume forms of communication on the planet, but at the same time steadfastly maintained their right to charge customers for said non-guaranteed services, the lawmakers of this other-worldly Shangri-La decided it was only fair that the telcos’ customers should have a similar option. So they replaced PAYG with PIYP: Pay If You’re Pleased. Text message not delivered? Customer service unsatisfactory? Complaint unresolved? Question(s) not answered correctly or completely or at all? Call transferred to the wrong department (again… and again)? Telco customers in this idyllic paradise don’t pay for any of these things! Under the provisions of the PIYP Scheme, customers in this alternative reality can quote the Terms & Conditions under which they entered into business with the telco and make reference to numbered sections, clauses and paragraphs which support their rights, under the Non-Delivery of Non-Guaranteed Services Service Agreement (NDNGSSA), to withhold part or full payment for any service delivered with a sub-standard level of customer focus or not delivered at all.

It’s pretty sad, isn’t it? With any other industry there’d be no need to put a science-fiction spin on any of this stuff, just to be able to imagine a time and place where it might actually happen. Is Ricardo Montalbán waiting for us to visit he and Tatoo on Fantasy Island so they can make our dreams of getting a fair go from a telco come true? Why should the only place this level of service is provided by telcos be some alternative universe which only exists in my warped imagination?

Somebody please tell me, coz I really would like to know: exactly how do telcos keep getting away with being so consistently awful?