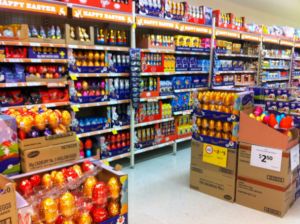 Depending who you talk to, Australians apparently already have either ‘enough’ or ‘too many’ public holidays. While you read this all full of regret at the absurd volume of chocolate you’ve been a party to the consumption of this long weekend, let’s feast on some (sadly not chocolate-coated) statistics that may leave you feeling differently about two of those public holidays being devoted to Easter.

In 2008 a survey conducted by the international news organisation The Christian Science Monitor ranked Australian youth as the “least religious worldwide”.

In the 2011 Census, a combined 31.7% of the Australian population was accounted for as having “No Religion” or with a religious affiliation that was “Not stated or unclear.”

The 2011 Census also found that 61.1% of the population indicated a religious affiliation of “Catholic”, “Anglican” or “other Christian”. However, additional analysis found that only 9% of those who claimed a Christian affiliation also claimed to be “actively practising and regularly attending at a place of worship.”

I was raised Catholic and endured thirteen years of brainwashing… *ahem*… I mean, the Catholic education system. Even as a child it was clear to me that most of the congregation at Easter and Christmas masses – which were generally the only times I ever went to church outside of school – were only there out of some misplaced sense of obligation or, even more absurdly, because it was ‘tradition’.

This long weekend I’ve been scanning social media posts about Easter and it seems the latter view is more prevalent now than it’s ever been: going to church at Easter and abstaining from meat on Fridays during lent are now discussed as ‘traditions’, just like the Easter Bunny, hot cross buns and chocolate eggs, rabbits and assorted marsupials.

Funny, but I could’ve sworn there was meant to be something just a tad more significant about the whole thing than a tradition of chocolate and days off?

Arguably the commercial aspect of Easter usurped the spiritual elements decades ago. In doing so, I guess all the chocolate-based shenanigans really did become, in a sense, ‘tradition’. But if that sense of tradition has by-and-large replaced the spiritual significance of Easter within the Christian context, then the longest long weekend of any given year has been reduced to a ludicrous waste of time and money.

Describing the oldest and most spiritual elements of Easter as ‘tradition’ tells the story of a nation obsessed with traditions that it either doesn’t entirely understand or doesn’t fully subscribe to, if not both. It’s like using an apostrophe before an ‘s’ as if it were a tradition; I daresay most people who don’t understand what apostrophes are for also probably don’t understand what Easter’s meant to be about, nor why meat is abstained from during lent, nor why the Christian faithful attend mass in ever-diminishing numbers on Good Friday and Easter Sunday.

On Saturday I even overheard a group of teens questioning the point of having more than one public holiday. Initially, this both surprised and impressed me, but the well-informed protagonist wasn’t finished there. “God only died once,” she stated confidently. “It’s not like he died again, so why do we need to have two days off for it?”. Her statement and its inaccuracies might’ve been hilarious if they hadn’t also begged an obvious question: exactly what is the point of Easter as an enforced four-day national religious observation when it clearly has limited significance to most people?

there’s 31.7% of the Australian population who make no clear claim, or no claim at all, to any religious affiliation, plus another 7.2% who claim affiliation with other non-Christian religions. That’s almost 40% of the population who must live through a four-day observation of a religious feast that has no significance to them whatsoever. Over the two enforced public holidays, their options for where to go and what to do are also severely restricted, given the number of businesses that close down entirely for at least half of the Easter weekend. That 40% invariably includes sole traders and small business owners who are also told in many cases that, irrespective of their own beliefs, they’re not legally allowed to operate their own businesses either. The net result is at least two days of lost revenue for the majority of business.

Several lifetimes ago I worked in customer service for a large national grocery chain. Every year it was a foregone conclusion that Easter Thursday and Christmas Eve would be the two biggest shopping days of the year. For the most part, at Easter this was more to do with panic-stricken shoppers horrified by the thought of the supermarket being closed for two whole non-consecutive days.

The supermarket chains themselves are little concerned by the prospect of lost profits over Easter, given that Easter Thursday turnover sometimes eclipses the rest of the week’s takings combined. Let’s not also forget that they tend to start stocking the Cadbury Creme Eggs and Chocolate Bilbies before they’ve even had time to sweep the last of the Christmas tinsel away. Easter is quite the little earner for supermarkets, thanks to Australians’ love of all those chocolate-related traditions.

As an Australian it goes without saying that I love any excuse for a day off work and I’m certainly not complaining about having four or five opportunities a year to do just that. A four-day weekend is nothing to whinge about either, nor the extra opportunities to spend time with family and friends or simply to do things with and for ourselves. All I question is the enforced nature and length of a holiday with such limited significance to the majority of people – and let’s not forget Easter’s only the first of two such holidays each year.

Then again, there are probably already enough inconsistencies with our public holidays as it is, both in terms of their execution and limited participation. All of this probably just means that Australians will take a public holiday whenever one’s on offer, regardless of the underlying reason. And fair enough, too.

I just can’t help thinking that it leaves the holidays which commemorate something of little real significance to anyone seem a bit pointless.