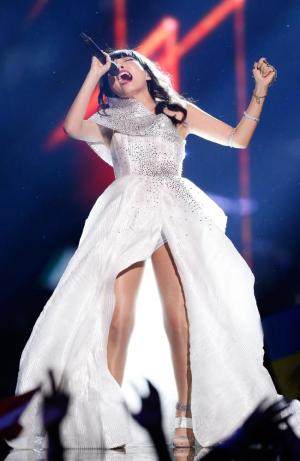 Dami Im represented Australia magnificently in the 2016 Eurovision Song Contest. Sound Of Silence led the pack right up until it was pipped at the post in the final seconds of the nail-biting vote tally. But Dami Im and her ‘Dami Army’ should be nothing less than proud of how well she represented her country. Achieving a podium position on only our second attempt at the competition was an incredible outcome and a fitting reward for such an impressive performance.

But now, can it all just go back to normal, please?

Eurovision is an institution with more than 60 years’ history behind it. For at least thirty of those years, it’s delivered some of SBS’s largest annual viewing figures. They may not be anywhere near as large as the audiences for key cultural events such as the grand finals of the NRL, AFL or MasterChef, but Eurovision’s always had an extremely loyal band of Australian fans.

In recent years there’s been a slew of local Eurovision converts, due chiefly to Australia’s participation in the contest with artists who were already locally successful in their own rights. Exhibit A: ratings for last Sunday’s live telecast from 5am averaged 302,000 viewers across the four hour broadcast. By the time the final votes were being revealed around 9am, that number had risen to 527,000. Arguably, most of the 220,000 additional viewers had only tuned in to see Dami Im’s result.

It’s also been amusing to note the reaction to 2016’s winning song 1944, by Ukrainian songstress Jamala – mostly, it must be said, from more recent recruits to the Eurovision cause, who probably aren’t interested in the broader concept and know little (if anything) of its history. But why shouldn’t a distinctly European song with a distinctly European back story win a distinctly European song contest, anyway? It’s hard to fathom how such an outcome could’ve been surprising to anyone, particularly those with limited, if any, knowledge of the contest’s recent history. 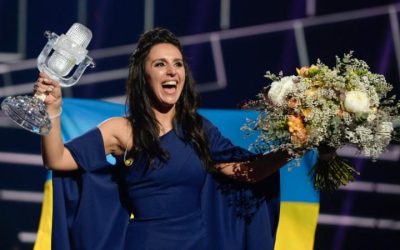 In contrast, Dami Im’s ode to lost (or, at least, absent) love sounds not dissimilar to anything else you’d hear in today’s Top 40. While Sound Of Silence will probably début at #1 in Australia this week, I’m not likely to hear 1944 on local radio any time soon, much less meet anyone who knows that Crimean Tatar (the language in which part of 1944 is sung) isn’t some kind of olden-days military dental condition.

But Eurovision virgins who weren’t exactly taken with this year’s winner may be surprised to learn that, as recently as 2007, Eurovision’s winning song was by a Serbian lesbian called Marija Šerifović — apparently she didn’t come out until 2013, but the clues were there — whose song, Molitva, had a distinctly uncommercial sound and an entirely Serbian lyric. Imagine that! A”song for Europe” that a statistically significant number of Europeans presumably didn’t understand a single word of, performed by someone who a statistically significant number of Europeans likely couldn’t entirely identify with either. Who woulda thunk it?

Many of the newer members of Eurovision’s local audience will have endured – or, more likely, willingly consumed – a 15 year diet of PopStars, Australian Idol, The X-Factor, Australia’s Got Talent and The Voice. How silly the Eurovision concept must seem to them – two two(ish)-hour semi-finals and one four(ish)-hour finale, with a combination of jury voting from more than forty countries and a comparatively tiny window of opportunity for a public “televote”, followed by what often feels like hours dedicated to the verbal and visual tallying of said votes, accompanied by some eye-wateringly awkward satellite delays. And all of this over just three days, once a year.

But Eurovision is changing. This year saw the introduction of a new vote-tallying format, which certainly worked well in building tension and anticipation in the lead-up to announcing the winner. It wasn’t all that far removed from similar contrived tension-building exercises that, today, are the mainstay of all reality television, not least of which the likes of X-Factor and The Voice. But that’s not the end of it.

In recent years, not only has there been a steadily declining cheese-factor as a general rule but, arguably, the first steps in what must be seen as the inevitable globalization of Eurovision are afoot. Certainly, performances are more polished these days than ever before. Once upon a time, there was no guarantee that Eurovision participants could even sing; today, it’s almost inconceivable that anyone lacking vocal competence would get anywhere near a semi-final, let alone the main event. Without doubt, the injection of local culture into each entry – particularly songs from transcontinental and eastern European countries – has also been watered down.

In fact the overall sound of a Eurovision song has changed immeasurably—not so long ago, it was impossible to imagine most songs from any given Eurovision final ever being played on Australian radio; this year, I could count on one hand the number of songs that likely wouldn’t be. The hilariously awkward broken English of most countries’ jury spokespersons has been replaced, in most cases, by a near perfect ability to conduct a completely fluent and (mostly) grammatically correct conversation with the host. Hell, even the French now deign to include English in their lyrics, something that would’ve been unthinkable until very recently.

Two years ago Australia made a “special guest appearance” at Eurovision, as the half-time entertainment for the 2014 final. We can thank our “special relationship” with Europe and the European Broadcasting Union (Eurovision’s producers) for that one-off guest appearance becoming a one-off participation in 2015, thence a permanent fixture from 2016 onwards. This year it was the turn of that other bastion of European settlement, the United States, to front up for the only remaining active service it had yet to engage in. How long, I wonder, until the announcement that they too will be sending an entry along to Ukraine next year? Much was also made of this year’s first ever live broadcast into China – perhaps they’ll be joining us at Europe’s biggest annual party sooner, rather than later, as well?

Let’s not debate the current and former competing countries who’ve already given the definition of “Europe” a gentle prod, if not an outright challenge. Fact is, Australia is so far from Europe that what we believe to be reasonable travel time to get there would be considered by most Europeans to be an unacceptably long journey to get anywhere. Keep in mind that it takes the same time to fly from Brisbane to Perth as it takes to fly from London, over the English Channel, across a handful of countries, out the other side of the European continent and halfway across the Middle East. In short, it’s hard to fault their viewpoint.

It’s just as hard to challenge the viewpoint that Australia’s involved as a permanent participant in Eurovision is a bit silly. Just as it would be for the USA, or China, or anywhere else that’s nowhere near Europe. Sure, the EBU’s participation rules are suitably vague when it comes to clearly defining who can and can’t be involved. Basically, if you’re in Europe, transcontinental or somewhere reasonably close, or just a friend (read “financial member”) of the EBU and you’re willing to stump up for the (presumably) not insignificant cost of mounting an entry, you’re in!

Over the years there’ve been many countries who either don’t take part in Eurovision at all or who do take part but eventually pull out, countries who don’t want to win, or winning countries who pull out of hosting Eurovision, because they simply can’t afford to mount an entry or fund the glittering ceremony. God knows how Greece still manages to take part, let alone what they’d do if they actually won any time soon. Then again, both Spain and Italy are among the “big five” in terms of financial support of the EBU, despite both having been in the grip of severe austerity measures for some years after the GFC. So apparently Eurovision trumps all else—financial crises included.

With TV singing competitions now ubiquitous, and some actual European nations unable to afford to take part in Eurovision, it seems an awful shame to me that the wheels of progress are whittling away at the very European-ness of this grand old dame of continent-wide song contests. The world as we know it has already been homogenised to within an inch of its life. Whether we know it or not, globalisation has touched every aspect of our lives and now, before our very eyes, my fear is that we’re seeing everything that was unique about Eurovision being stripped away.