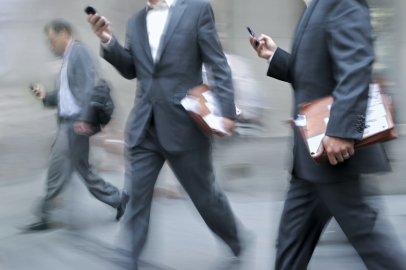 When I was a kid, Mum and Dad had frequent cause to berate me, mostly for the kinds of petty crimes every kid’s occasionally guilty of. One of the most frequent was “Matthew! Watch where you’re going and not where you’ve been please!”. Always knew I was in trouble when I got “Matthew!”.

I couldn’t help it, though. I was captivated by the world around me in a way that always kept me looking back. Or around. Or up or down or in any direction other than the one I was heading in.

Mine was a fascination with virtually everything: colours, sounds, the movement of clouds or birds, the physical world, architecture, the beauty in nature, people-watching. There was a whole bunch of pretty OCD stuff in there too, including an odd inclination towards lists; noting the state of origin of vehicle number plates and rego stickers; picking the make model and year of random cars from 500 paces; and being ever-attentive to whether the footpath was clad in pavers, cement or ‘other’. Things that most people would never notice, I’d find utterly fascinating. Even now, little’s changed.

Despite these oddities, there were certain things I never did while walking, purely for reasons of practicality if nothing else: I never walked while reading a book, for example; I never thought ambling along a crowded footpath with a newspaper wrapped around my face was a good idea either; and I never read a magazine unless I was somewhere quite stationary, preferably seated. The number of times you’d be likely to see anyone doing any of those things today is as infrequent as it ever was. But for whatever reason, it seems peoples’ attitudes towards what to do while walking have shifted significantly – particularly if a handheld cellular device is involved. 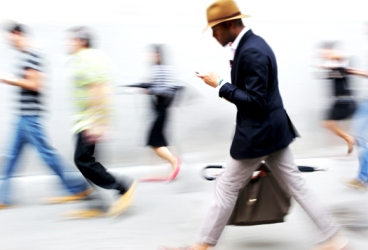 Forget about not watching where you’ve been! Today, the average footpath is a minefield of social media whores fixated on the phone, tablet or other mobile device in their hand, almost to the exclusion of all else. The days of pedestrians watching out for other pedestrians, vehicles, driveways, crossings, animals, depressions, potholes or other potentially injurious obstacles that might be in their way are apparently long gone. These things seem to have become secondary considerations, even annoyances, to the average sidewalk user of 2013. It’s all the more disturbing when you consider the reality of what’s happening: they’re not being distracted by anything of actual importance. 9 times out of 10, almost without fail, it’ll be Facebook or Twitter.

How the hell did society come to this point? When did an urgent study of the minutiae of others’ lives become so important? Surely it could wait until they at least stop moving.

Spend just five minutes navigating a peak hour pedestrian crush and the impact of this behaviour on cognitive ability is immediately clear. In fact it’s been clear ever since the shift of mobile phones from the stuff of yuppies to the device of the masses back around the turn of the century. Watch what taking a phone call does to the average pedestrian’s ability to execute any other task. Everyday things like walking in a straight line or at a constant speed, spatial awareness, making a payment or retrieving something from their wallet or bag, even the usually simple act of putting one foot in front of the other becomes a challenge. Who knew that walking and talking at the same time could prove so difficult? So if holding the phone to their ear is the problematic third ingredient in this heady mix of concurrent movement and speech, it’s little wonder that so many people positively go into meltdown whenever a fourth ingredient’s thrown into the mix.

Imagine the impact on these already cognitively-impaired people of having to coordinate walking while holding a mobile device, looking down at it, using their hands to switch screens and scroll content, using their eyes to read words bouncing around in front of them, as they wander the streets reviewing an endless list of pointless status updates, Instagram pics, Spotify playlist updates and tweet upon vacuous tweet about nothing. All the while they use what little concentration remains available to them just to stay upright and moving forwards – and then they hit critical mass. Their brains can’t process any more. Their human CPU is operating at 100% of capacity and they never had enough RAM to start with, so by now they’re paying virtually zero attention to what’s going on around them, who or what might be coming towards them, whether the light at the pedestrian crossing is red or green, whether the flow of traffic they’re about to step out in front of has actually stopped or whether they’re about to force someone off the railway platform into the path of an oncoming train. It’s an all too familiar sight – the 9-to-5 brigade spilling out of offices the world over at precisely 5:01pm: under starters orders, they slip the earphones in, whip the mobile device out, put their heads down in eager anticipation… and they’re off! Their utter disregard for anyone or anything around them from that point onwards is hard to fathom.

So here’s how it’s gonna be: if you’re not inclined to watch where you’re going, I’m not inclined to move out of your way. And believe me, when I know you’re coming straight for me, face buried in your phone, completely unaware of my existence, one of us will almost certainly come off second-best. I’m 6’2″ and weigh about half the weight of an adult male gorilla, so it’s unlikely to be me.

Whoops! Oh dear, was that your phone (or you) that just fell onto the railway line when it was knocked out of your hand (or you off your feet) because you weren’t watching where you were going and walked straight into me? How very unfortunate for you. I do hope someone manages to retrieve it (or you) in the remaining seconds before that approaching train crushes it (or you) to a pulp.

Here’s a novel idea: instead of forcing the world around you to side-step you just so it can pass you by, why not try looking at something that’s actually worth seeing while you walk? Like that train you’re about to fall under.

One thought on “Watch where you’re going…”