Ted: highly recommended… but only if you’re not put off by a whole shitload of potty mouth!

Until last Wednesday night, I hadn’t set foot inside a cinema since July 2008. The X-Files: I Want To Believe was the movie. Vaguely recall it being a bit of a geek-fest, but pretty sure I enjoyed it anyway. It was a small independent cinema in Randwick, lovingly restored to its former old-school glory, the popcorn and massively oversized drink were only relatively (as opposed to excessively, exorbitantly or criminally) over-priced, reasonably comfortable seats and good company. Who could ask for anything more?

The time before that, I went to see… what was it? The Day After Tomorrow? Or Napoleon Dynamite maybe? Maybe neither, I can’t remember. It was sometime in 2004 when I was living in the UK.

Who knows what or when the one before that was. Let’s just say I don’t spend a great deal of time in cinemas.

So last week I went to see Ted. I’m a huge fan of Seth McFarlane’s stuff – American Dad in particular – and I had it on good authority that I’d love Ted, if only because of how atrociously filthy this innocent-looking teddy bear is. Talk about potty mouth! The fucking filthy shit that rolled off his little CGI material tongue was enough to make even me blush! There’s a lot to be said for a good belly laugh.

The movie itself didn’t actually start until 7:45. The ads had gone on for so long that I’d already emptied my bag of Twisties – little crumby bits at the bottom and all – by the time the opening scene finally appeared.

Half an hour of ads! Seriously, what’s with that? And more to the point, what’s happened to them? Where was the classic Pearl & Dean cinema advertising? It was always like watching someone you didn’t know flicking through their holiday slides, with some tacky lift music and a really bad adult-contemporary radio voiceover for a soundtrack. The places they plugged were always within a one block radius of the cinema and nobody ever wanted to go to any of them – but I loved them anyway! Was it just the cinema I was in, or have P&D gone to the great cinema-advertising screen in the sky? And what about those 3 minute ‘extended remixes’ of our favourite ads from the tele – they were always one of my cinema-going highlights. Where was the crackly soundtrack and scratchy picture? When did everything change? 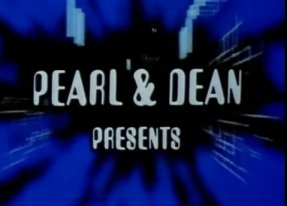 Now it’s all slick, Dolby Digital 5.1 surround, reasonable background music, crisp clear digital images and the exact same ads you see on TV. No extended club mixes, no film dust or crackle, no romantic clatter of the film projector from above and behind. And to top it all off, after twenty-five sodding minutes of crap ads, even the last five minutes of film previews was disappointing – three movies that I couldn’t possibly ever consider watching, solely because even their previews were too dull to get me interested. What on earth has happened to going to the movies?

It was all so disappointing. I remember I always used to think I could arrive fifteen minutes late and just about miss all the ads and previews – but half an hour of it!? And then to find that the whole cinema-going experience has had all the character and romance sucked out of it, thanks to the wonders of the digital age… dear me. It was all just a little bit too much to take in.

Lucky the movie was totally hilarious! Who’d have thought an animated talking teddy bear who admits to sexing a supermarket checkout chick with a phallic vegetable that he later sold on to an impoverished family of four could be so funny?

If you’re not put off by shitloads of swearies, a healthy dose of racist jokes and so many potentially offensive undertones that they become one great long overtone, I highly recommend it.