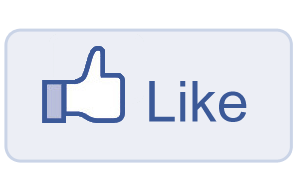 What is it with the Facebook ‘Like’ button anyway? How did four seemingly innocuous blue letters become quite so over-used!?

Scenario 1: you post a question on Facebook. Does anyone know the ingredients for Vietnamese-style prawns and Hearts of Palm with Green Tea-Noodle Salad? Can anyone tell me where Yakutsk is? Anyone know where I’ll find the closest Nauti & Nice Adult Megastore to my home in the outback of north-west Western Australia? You’ve seen the kind of thing before.

Some friends are eminently forthcoming with comments that directly respond to your question(s). Others, though, are somewhat less obliging – they click ‘Like’. They neither answer the question(s), nor point you in the direction of someone who might be able to, nor provide any other useful comment whatsoever. They just hit ‘Like’ and move on, the online equivalent of giving you a quick and cheery wave as they pass you in the distance.

Scenario 2: you post a sad and sorry tale of woe as your Facebook status update. You’ve never felt so unwell. You’re practically dead. You’re utterly depressed. Your situation is terminal.

Some friends go to the heart of the issue, offering suggestions of what you might want to try, to help improve how you feel; some will openly share observations from personal experience or from having seen friends or family go through similar situations; while some won’t feel able to provide any really useful input, so instead they offer soothing words of comfort or encouragement. Then you get the ones who click ‘Like’ – it’s as if they didn’t read a single word of what you said and remain completely blind to your discomfort. What exactly did they ‘like’ about what they just read?

Has ‘Like’ – whether in the Facebook world or the real one – morphed into an all-encompassing positive response, inclusive of (but not limited to) ‘like’, ‘agree’, ‘ditto’ and, presumably, whatever else can be shoe-horned into the category? Is someone who ‘Likes’ a question actually saying “I’m glad you asked that question, I’ve wanted to ask the same thing”, or “I’d also like to know the answer to that”? Fair enough if all you actually posted was a series of questions. It’s more of a mystery when you’ve just posted your latest sob story – what exactly do your friends mean by clicking ‘Like’ at that point? What are they trying to tell you, by ‘liking’ the fact that you feel so under the weather you could quite happily slice your own face off?

I always thought the word ‘like’ had a broadly understood meaning and that, at least in the online world in the wake of the Facebook revolution, the action of clicking ‘Like’ served a fairly specific purpose too. I’m no longer convinced that either of these things is true and have a sneaking suspicion that the modern concept of ‘like’ may only be very vaguely related to its traditional meaning.

It’s one of the great mysteries of the modern, online, digital, social networking world. I can’t possibly ‘Like’ it until I understand it.